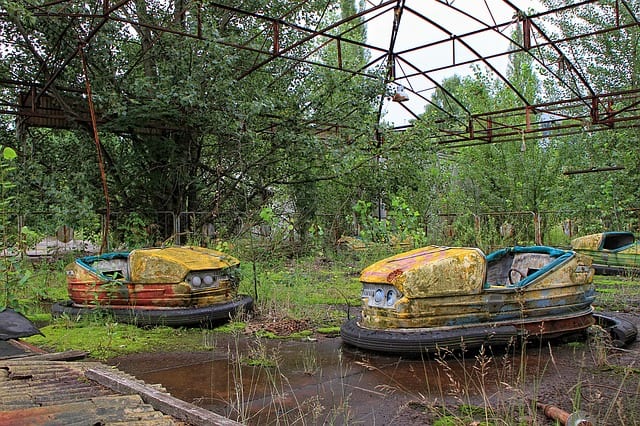 Japanese authorities have raised the severity rating of their nuclear crisis to the highest level, seven.

The decision reflects the total release of radiation at the damaged Fukushima Daiichi power plant, which is ongoing, rather than a sudden deterioration.

Level seven previously only applied to the 1986 Chernobyl disaster, where 10 times as much radiation was emitted.

The Tokyo Electric Power Co (Tepco), the operator of the plant, would soon provide a schedule for getting it under control, he said at a news conference.

“Step by step, the reactors in the Fukushima Daiichi power plant are moving toward stability,” he said.

There have been no fatalities resulting from the leaks at Fukushima, and risks to human health are thought to be low.

Meanwhile, a 6.0-magnitude earthquake on Tuesday prompted the plant’s operator to evacuate its staff.

Tepco said it was checking the status of the plant after the quake, the second to hit in as many days, but said there had been no reports of problems with external power.

The aftershocks come a month after a huge quake and tsunami hit north-east Japan, leaving 13,228 people dead and 14,529 missing. More than 150,000 people have been made homeless.

The Nuclear Safety Commission of Japan announced in a statement that the crisis level at the Fukushima Daiichi plant was being raised, adding that it was a preliminary assessment which required further technical evaluation by specialists.

The level seven signifies a “major accident” with “wider consequences” than the previous level, officials say.

“We have upgraded the severity level to seven as the impact of radiation leaks has been widespread from the air, vegetables, tap water and the ocean,” said Minoru Oogoda of Japan’s Nuclear and Industrial Safety Agency (Nisa), the government’s nuclear watchdog.

Reporting the commission’s decision, the IAEA said the previous level five ratings had been provided separately for accidents at Reactors 1, 2 and 3 but had now been combined as a single event. Another affected unit, Reactor 4, has retained its level three rating, it said.

One official from Tepco said that radiation leaks had not stopped completely and could eventually exceed those at Chernobyl, Reuters news agency reported.

However, a nuclear safety agency spokesman told reporters the leaks were still small compared to those at the plant in Ukraine, then part of the Soviet Union.

“In terms of volume of radioactive materials released, our estimate shows it is about 10% of what was released by Chernobyl,” he said.

The decision to raise the threat level was made after radiation of a total up to 630,000 terabequerels had been estimated at the stricken plant.

That would classify the crisis at level seven on the International Nuclear and Radiological Event Scale (Ines).

It was not clear when that level had been reached. The level has subsequently dropped to less than one terabequerel an hour, reports said.

In comparison, the Japanese government said the release from Chernobyl was 5.2 million terabecquerels.
Evacuations extended

The severity level of Japan’s nuclear crisis had previously been set at five, the same as that of the accident at Three Mile Island in the US in 1979.

Japan has also said it is extending the evacuation zone around the crippled nuclear plant because of radiation concerns.

Japan’s nuclear commission said that according to preliminary results, the cumulative level of external radiation exceeded the yearly limit of 1 millisievert in areas extending more than 60km (36 miles) to the north-west of the plant and about 40km to the south-southwest.

There were no immediate reports of fresh damage, though Japan’s Narita international airport temporarily closed its runways, and metro and train services were interrupted.

The cooling systems at the Fukushima Daiichi nuclear plant were damaged in last month’s disaster and workers have been struggling to prevent several reactors from overheating.

Officials have warned it will be several months before the situation at the nuclear facility is brought fully under control.

Tepco said on Tuesday that a fire had broken out briefly at Reactor 4, before being extinguished.

On the face of it, this reclassification from a level five incident to a level seven is an alarming jump.

But the change has not been made because things have suddenly got worse at the Fukushima plant. Rather, a full assessment of the available data now suggests that a higher rating is justified.

Although the Japanese incident now equates to Chernobyl on the international scale, the two accidents are different in a number of important ways. In Chernobyl it was the reactor core itself that exploded, releasing a huge amount of radioactive material in a very short space of time. Fukushima experienced a less critical hydrogen explosion.

The initial radiation leak amounted to about a 10th of that which escaped from Chernobyl. The major concern in Japan is that the nuclear plant has not yet been brought under control, and some radioactive material is still seeping out.
WORLD’S WORST NUCLEAR INCIDENTS

would like to add to the article that zeolite clinoptilolite powder (not liquid zeolite) was used with great results in the Chernobyl disaster – both given to people in specially made galettes, as well as in the powder form, mixed with water. Zeolite and bentonite clay are not only wonderful sorbents, but bind heavy metals through the cation exchange mechanism which is one of their main properties making these substances so important in heavy metal detoxification. They work both through the skin (in a bath, foot bath, compress, or wrap for example), and even better when taken internally, since as Dr Sircus mentions, the gastro-intestinal tract is one of the first victims of radioactive damage to the body.