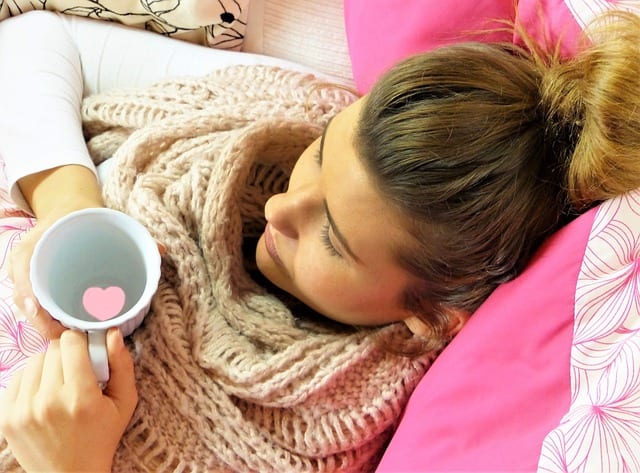 During the winter months, the number of people who suffer from colds and flu soars.

Both are respiratory infections and they share similar symptoms. As they are caused by viruses, antibiotics have no effect on them. But what’s the difference between them?

Symptoms of the common cold can be caused by more than two hundred different viruses, which is why you can’t be immune to the common cold; immunity to a single cold virus will not protect you against the other 199 or so!

It’s estimated that children have between four and eight colds a year, while adults have around two to four. You can catch a cold at any time of the year, but they are more common during the autumn and winter months.

Generally, cold symptoms develop gradually, but symptoms should begin to improve after a few days.

Just three viruses are responsible for the misery we know as flu. The viruses are capable of undergoing small genetic changes, which often lead to new viral strains.

Having flu one year does not mean that you will be immune to the virus the following year as a new viral strain may be circulating.

Flu can cause severe illness, especially among the very young, the elderly and people with underlying medical conditions.

The symptoms of flu usually develop much more quickly than those of a cold and can be more severe. These should improve after a week but can leave the person still feeling weak and tired.

Most colds and flu can be treated at home with rest, drinking plenty of fluids and taking painkillers such as paracetamol.
When to visit the doctor

People at high risk of complications such as the over-65s, pregnant women, those with chronic health conditions or who have weakened immune systems should visit the doctor if they suspect they have flu.

Anyone with severe symptoms such as shortness of breath, difficulty breathing, coughing up blood, chest pain, unusually severe headache, severe or persistent vomiting, or a very high temperature should always be checked by a doctor, whether or not it’s caused by the flu or a cold.

In addition to these, children should be seen by a doctor if their skin turns a bluish/grey colour, if they are difficult to wake, lack alertness or are lethargic or if their flu-like symptoms appear to improve but return again with fever and a cough.
Prevention

Flu and cold viruses are spread from person to person by droplets or aerosols produced when an infected person coughs or sneezes. You can become infected by breathing in the aerosols or touching a surface contaminated with the virus, then touching your own face.

Good hygiene can help to lower your risk of becoming infected:

How magnesium can help: