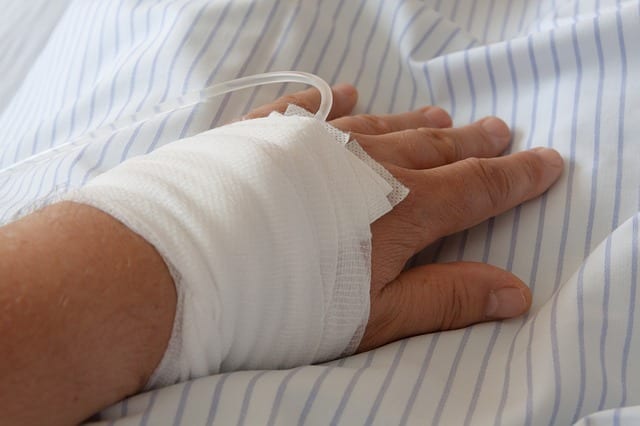 “Cancer is second to heart disease as a cause of death in the aged, and thus is more common in regions where more people reach old age. Depressed B-cell and T-cell immunologic function, occur with aging.(55-57) Also, the longer the exposure to environmental agents with oncogenic potential, the greater the risk of developing cancer”. http://www.mgwater.com/cancer.shtml

Worldwide studies have established that the cancer rate increases with the decreased magnesium content of water and of soil.

On May 19, 1931, Dr Schrumpf-Pierron presented a paper entiltled “On the Cause of the Rarity of Cancer in Egypt”. In it he concluded:

“(1) Cancer for Egypt is about one-tenth that of Europe and America.

(2) In Egypt, cancer is less frequent in country fellahin than in the Egyptians who live in the towns and who have adopted Europeanized dietary habits.

(3) The degree of malignancy of Egyptian cancers is less than that of European cancers. They develop less quickly, and have less of a tendency to invade neighboring tissues.

(4) The type of cancer which is the most frequent in all the countries rich in cancer is cancer of the digestive, tract, which represents 40 to 50 percent of all cancers. In the case of Egyptians, this type of cancer is remarkably rare; in the country fellahin, practically nonexistent”.
http://www.mgwater.com/rod02.shtml

He concluded that the prevalence of potassium in the soils of European countries and their diets and not enough magnesium leads to an increased risk of cancer. In Egypt, both the soil and diet is rich in magnesium, and for this reason he saw it as the main factor in the very low cancer rate among Egyptians.

“An intoxication of potash – an excess of potash poisons – can “kill” the soil where the food is grown. It poisons the plants, then man. Besides, several other authorities have already accused potash of producing cancer. Theis and Benedikt, as will as Mentrier, have already stated that the higher amount of potash in cancerous tissue, which is a radioactive body, would cause the multiplication of cancerous cells”.
http://www.mgwater.com/rod02.shtml

In her article “MAGNESIUM IN ONCOGENESIS AND IN ANTI-CANCER TREATMENT: INTERACTION WITH MINERALS AND VITAMINS”, Mildred S. Seelig, M.D., M.P.H. says that magnesium deficiency can both decrease and paradoxically protect against cancer. For example, magnesium supplementation of those who are magnesium-deficient (e.g. chronic alcoholics) may protect them against developing some tumours.

“Optimal Mg intake may be prophylactic against initiation of some neoplasms. Since cancer cells have high metabolic requirements, it is not indicated (alone) in the treatment of cancer.”

The author then points out the correlation between water hardness/softness and longevity: “Since environmental factors have been judged likely to contribute to most human cancers, it is worth effort to ascertain if there are protective geochemical agents. Determining what it is in different geographic regions, that affects life expectancy, provides one approach. The largest area in the United States of America (USA) with increased longevity is in the north and central plains; the largest area with decreased longevity is in the south-eastern coastal area. These are hard and soft water regions, respectively”.

Worldwide studies have establsihed a reverse correlation of magnesium deficiency in soil and prevalence of certain types of cancer.

“A Russian report showed that stomach cancer is four times more common (40/100,000) in the Ukraine where the Mg content of soil and drinking water is low, than it is in Armenia (10/100,000) where the Mg content is more than twice as high.(14,66-68) A more recent morphologic and statistical analysis of neoplastic deaths in two Polish communities(69) disclosed a nearly three-fold higher death rate in the one in a low soil Mg area (27%) than in the one with high soil Mg (10%). The malignancies accounting for the differences were mainly adeno- and squamous cell carcinomas in the gastrointestinal tract (61.3%) and respiratory system (22.3%)”.
“Correlation of high rates of leukemia with low levels of Mg in soil and water is concordant with experiments showing that chronic Mg deficiency can cause lymphosarcomas and leukemia in rats”.

“Connective tissue, made up of fibroblastic cells that produced collagen type III, proliferated in the intestines of rats maintained on severely Mg deficient diets for at least 8 weeks. A less Mg-restricted diet did not evoke such tumors.”

She goes on to conclude: “Despite provocative findings that suggest that Mg deficiency might be implicated in aspects of pathogenesis and treatment of neoplasms, there are many unknowns. Investigation of these questions might lead to means to prevent lympholeukemias, or possibly of immuno-incompetence. Whether higher Mg intakes might be protective against oncogens in humans as it is in some animal models deserves study”. http://www.mgwater.com/cancer.shtml